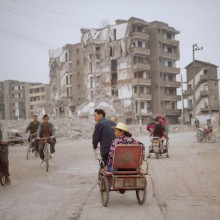 Zhang Xiao was born in 1981 in Yantai city, Shandong province, China,
Zhang Xiao graduated from the Department of Architecture and Design at Yantai University in 2005.