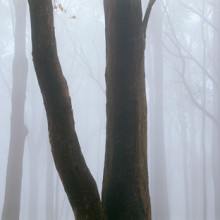 Steven Friedman is a native of Ottawa, Canada, and graduated from Carleton University with a degree in Economics. He pursued a successful career as an Economic Consultant, first working with a pre-eminent Canadian economic think tank, and then breaking out on his own.

It wasn’t until he found an SLR camera on an autumn hiking adventure in the Gatineau Park that he took his first photograph. This newfound craft quickly became his passion and before long he established himself as a respected fine art photographer.

Steven’s talent for capturing the natural beauty of the world through his expansive, evocative landscapes can’t help but bring you into the moment. The imagery transports you behind his lens to explore remote and inaccessible regions, awakening a sense of wonder and appreciation for the natural world; the crispness of the air as the sun rises, the smoothness of sandstone carved by thousands of years of wind and water, the dance of intense colour.

Steven’s prior life as an Economist seems incongruous with the artistic side of his brain that creates such beautiful art, yet they are similar. As an Economist, he made sense of often-random appearing data; in his photographic work he makes sense of the chaos of nature.

To capture the images, Steven travels to remote locations around the world with his wife Joni, hiking sometimes 20 kilometres to an inaccessible region and working with impossible patience. He has visited a location for eight days to capture just the right light, waiting long periods for the rain to stop, the wind to still, the fog to lift.

Lecturing at workshops, Steven relays his passion to amateur landscape photographers, encouraging them to seek the untouched and unique natural world through thoughtful composition and the magic of beautiful light.

Currently, he is working on a fine art book for global distribution, which draws on his passion for panoramic tree photographs, the format from which he feels he naturally views the world.

Steven’s photographs have been published in international magazines and recognized with significant achievement awards such as the International Photography Awards, the Prix de La Photographie Paris (Px3), and the prestigious Hasselblad Masters Awards in the Landscape/Nature category. Steven' s photographs can be found in ten fine art galleries across North America. His work has been collected in numerous corporate collections.

The Horns at Sunrise