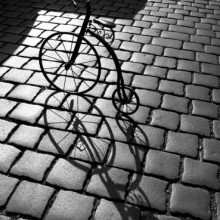 Stanko Abadžić (born 1952 in Vukovar) is a Croatian photographer and photojournalist.

When the Croatian War of Independence broke out in 1991, Abadzic left everything and fled with his family to Germany for what he hoped would be a brief stay. After four difficult years, during which he took few photographs, they were denied German citizenship and forced to leave. After moving to Prague, Abadzic experienced a rebirth and began exploring the city with a medium-format camera. At this point in 1995, he began to develop his visual eye in earnest.

Abadzic was able to return with his family to Croatia in 2002, settling in the capital of Zagreb. He continues to visit Prague to take photographs and also shoots on the Croatian island of Krk.