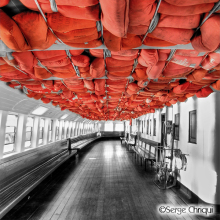 A child of immigrant parents, I arrived in Canada at a mere 6 months of age. My childhood was spent in Montreal until the age of 10. I turned 11 in Toronto and lived there until I graduated from York University in 1990. I moved to Vancouver that summer, discovered the beautiful west coast and made it my home until it was time to come back to Toronto with a family in tow in late 2003. In 2013, I was fortunate enough to experience life in the Caribbean, in the twin-island republic of Trinidad & Tobago. A move back to Canada ensued during the summer of 2015, settling in St. Catharines, Ontario.

The one constant in my life through the years has been my photography.

The photography bug caught me early when I found my father’s old 35mm Yashica and fiddled with it for a bit (it was the summer of 1977 and I was about to turn 11). When he brought home a new SLR some time later, I adopted it as my own.

Rock concerts, usually at the old Ontario Place Forum in Toronto were my first fascination during my teen years. Later, I read a number of photography books and I wondered at the mastery of Ansel Adams. Photography ultimately became a means of documenting my travels.

2005 was the year I endeavoured to carve out a career as a Fine Art Photographer. Toronto’s Distillery District Artisan Marketplace served as the launching pad for the venture. On May 21, I sold my first prints. The exercise was repeated again in 2006 with a refined offering to greater success.

In the time since then, I have maintained my involvement in the art world as a gallery owner, a gallery co-director, an art dealer and an exhibiting artist at every opportunity. Today, my endeavours focus on my craft: producing artistic photographs. Through it all, to now, nothing has made me more proud than a solo exhibition during the fall of 2016 entitled ‘The World Through My Lens’ at the the Thames Art Gallery in Chatham, Ontario.

I am thankful that I have had the priviledge and good fortune of continuing my travels at every opportunity. Trinidad and Tobago, Newfoundland, the California Coast and the Niagara Region have all provided wonderful opportunities to see and capture wonderful scenes in the last few years.

ps. if my surname looks familiar – yes, she is my baby sister…

The notion that photography captures a single, specific moment in time – no matter how fleeting – has always held great appeal for me. The endeavour requires observing my surroundings, wherever I may be, while ‘chasing the light fantastic’. That endeavour, for me, is an intuitive one: from the gut, as it were… Never knowing what I will find, I let the scenes reveal themselves one at a time, as photographic opportunities so often do… I travel to photograph! Discovering new places and surroundings add fuel to a burning passion for photographing the world around me. In the end, my photography strives to be art – always attempting to turn the ordinary into the extraordinary! It won’t usually be mistaken for documentary, commercial or other types of photography – it aims to be an artistic glimpse at the world through my lens.

A Piece Of The Trail - near Wiltondale, Newfoundland

Clouds Over The Fort - Port Of Spain, Trinidad

From The Officers' Quarters - Scarborough, Tobago

On The Shore - Mayaro, Trinidad

Into The Mist - Niagara Falls, Ontario

Trees In The Fog - near Stouffville, Ontario

Into The Storm - near Drumheller, Alberta

Five In A Row - near Drumheller, Alberta