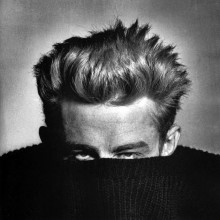 Phil Stern’s career in photography began early on, as a high school student growing up in New York, Stern swept floors in a Canal Street photo studio while working nights taking pictures for the notoriously noir Police Gazette. Phil Stern enlisted in the Army in 1942, and joined the ranks of the elite “Darby’s Rangers” as a combat photographer. Stern was well known among his war colleagues for putting himself front and center as he documented battles in North Africa and Sicily. The credit stamp “Photo by PHIL STERN”, which ran alongside his images in the armed forces newspaper Stars and Stripes, became synonymous with a truly genuine image taken under fire by a daring young photographer. Wounded in action, at the Battle of El Guettar, in Tunisia, Phil Stern was awarded a Purple Heart. After returning home to Los Angeles, he was assigned to cover the homecoming of Darby’s Rangers for LIFE magazine, which helped usher in his second career, as a Hollywood documentary photographer. Phil Stern began working for Look, LIFE, and Collier’s to chronicle what would become a shared American history.