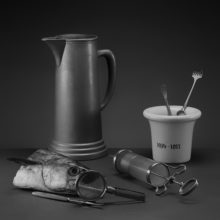 Mihai Chebac is an established Romanian-American cinematographer living in Boston MA, USA. He is originally from Romania, where he earned a Masters in Arts from I.L. Caragiale Film Institute in Bucharest. Upon completion of his studies, he worked at Buftea Film Studios in Bucharest as a cinematographer on feature films. He came to the United States in the the 80's and began working with top studios and agencies in Boston, New York, and Los Angeles. He currently lives and works in Boston, MA, where he runs his company Avangarda Films LLC.
Photography is an important part of my world, defines who I am, how I see and how I feel in any given moment. It is my favored language to speak.