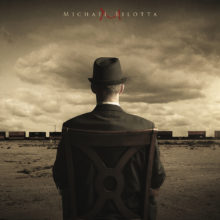 Michael is an American award winning conceptual fine art photographer from the Boston, Massachusetts area. Before focusing his interests in the visual arts, Michael studied music at the Berklee College of Music, where he majored in songwriting and composition.

All work is 100% photographic and the imagery is created as layered composites in Photoshop. His work has appeared in numerous magazines, including Healthy Living and Practical Photoshop, as well as on book covers and album art worldwide.

the Sadness Will Last Forever

the Difference Between Tourist and Traveler

Everywhere Water Should Be

the Lonesome Death of Giants

Not With A Bang But A Whimper

the Business of Dying

the Fire Next Time

That Was Another Country

the Hissing of Summer Lawns

the Beginning of Survival

the Temple of Low Men

Who Is John Galt?

Even Here We Are

Islanded In A Stream Of Stars

Train In The Distance

A Disquiet Follows My Soul

I Trip Through Your Wires

All In Good Time