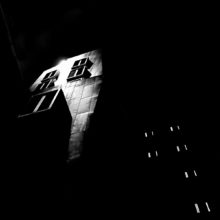 Dr. Joshua Sariñana was born in San José, California. He obtained his neuroscience degrees at the University of California, Los Angeles and in a Nobel Prize winning lab at the Massachusetts Institute of Technology (MIT). After MIT, Sariñana became a research fellow at Harvard Medical School where he studied the computational processing of spatial navigation. Sariñana is currently a fine arts photographer and writer.

His work has been recognized by the Sony World Photography Awards, Communication Arts, PX3 Prix de la Photographie Paris, and the Head On Photo Awards. His work has been published in Silvershotz Magazine, Monovisions Magazine, Better Photography Magazine, and SciArt Magazine. He is also the recipient of a Council for Arts at the Massachusetts Institute of Technology Grant. In addition, Sariñana's work has been featured on The Guardian, Buzzfeed, The Huffington Post, and Time. One of his images was also licensed for an iPhone 6 commercial ad.

Sariñana has published several articles on the intersection of photography, neuroscience including in the photography periodicals Don’t Take Pictures and The Smart View. He has also been interviewed by several influential photography blogs as well as Vice Magazine. Sariñana currently resides in Cambridge, Massachusetts.