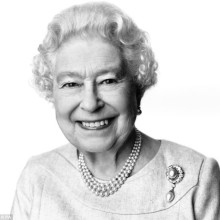 After finishing his national service in 1958, Bailey secured a job with David Olin, who was then the main supplier of photos to Queen Magazine. In 1959 he became an assistant to fashion photographer John French in London. In 1960, at 22, he was already working as a freelancer for British Vogue, and soon became almost as famous as the people he was photographing: fashion designer Mary Quant, and everyone who was involved in Bazaar, the Beatles and the Rolling Stones, The Who, singers Marianne Faithfull and Sandie Shaw, actresses Mia Farrow, Catherine Deneuve and Geraldine Chaplin, actors Peter Sellers and Michael Caine, and models Jean Shrimpton, Twiggy and Penelope Tree. Bailey also photographed the period's current fashions on the streets of London and New York for magazines like American Vogue and Glamour. "I wanted to be like Fred Astaire, but I couldn«t, so instead I went for the next best thing, which was to be a fashion photographer."

Bailey's career and personal life seemed to thrive during the Heyday of the "Swinging Sixties," and while at times the public seemed more interested in his colorful exploits than in his photography, it is his work which really speaks for itself and withstands the test of time. In the past, he's cited Picasso as being his greatest inspiration. "The first half of the century belongs to Picasso and the second half belongs to photography. These days everyone is called an artist from Madonna to someone who can hold a paintbrush, but it is Picasso who really started the whole thing off and made me want to go and take pictures." And in the past 40 years Bailey has held steadfast to the way in which he take pictures: Black-and-white, minimalist, very graphic with high contrasts between lighter values and darker tones, and shot on a variety of formats. "I take the same approach today as I did when I started.I've always hated silly pictures and gimmicks, which is all I see these days, or, to put it another way, 'the Avant Garde has gone to Kmart."