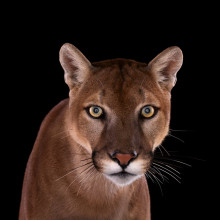 Brad Wilson's early education in the visual arts began at The University of North Carolina at Chapel Hill where he studied art history and studio art - mainly painting, sculpture, drawing, and architecture. From there he moved on to both the Maine and Santa Fe Photographic Workshops to focus exclusively on photography, before settling in New York City in 1992. In New York, Brad worked with a number of notable photographers and then began his own career in 1996 in the commercial and fine-art genres.
His work has been widely published around the world, appearing in numerous advertising campaigns, magazines, annual reports, and music packages. His fine-art images are represented exclusively by Doinel Gallery in London and are shown throughout Europe and Asia. In 2004, Brad moved to Santa Fe, New Mexico where he continues his photography surrounded by the beauty and tranquility of the southwestern deserts.