My name is Yalçın Varnalı and I was born in Adapazarı in 1966, a city at 150 km east of Istanbul. I was raised in Adapazarı until my 11 years old. When I was inscribed to Galatasaray High School, a historical school in the most vivid center of Istanbul, my cultural world has changed with too much new ideas, new friends and lifestyles. When I was graduated from Galatasaray High School, I continued to the Medical School of Istanbul University. After six years of study, I was oriented to oto-rhino-laryngology. Brief, actually I am an ENT surgeon and I live in Istanbul, in a city sometimes melancholic, but mostly chaotic. 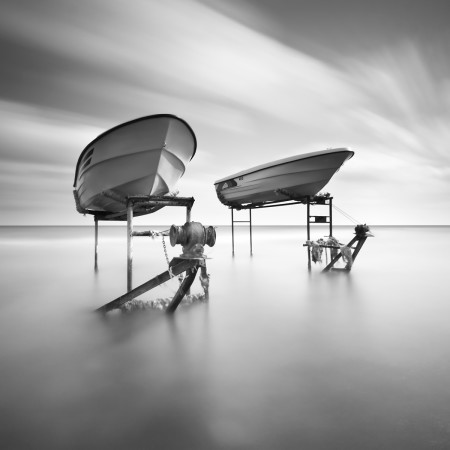 I started taking photographs in 1987, when I was a student at the Medical Faculty. My first camera was a ‘SLR film camera’, but because of the difficulty of my program, I couldn’t continue to shooting. It was a very short period, but I remember that the photography was really influenced me. I started again in 2006, but this time I was more serious. I followed some photography workshops, I have been involved some projects and have been a part of some expositions and presentations.

As a person who is fascinated by empty places with weird atmospheres, for me, the photography is also an isolation, a therapy and an escape from the chaos of the big city. 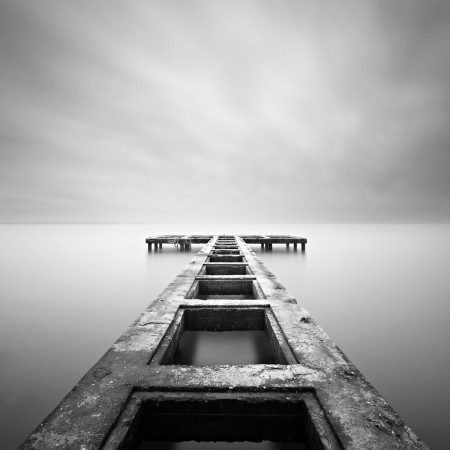 I consider myself as an amateur photographer. But as I said above, I followed some photography workshops, I have been involved some projects and have been a part of some expositions and presentations in different cities of Turkey. I am a member of IFSAK (Amateurs of Photography and Cinema Club, Istanbul) and from 2010 till now, I opened four solo exhibitions in Istanbul. 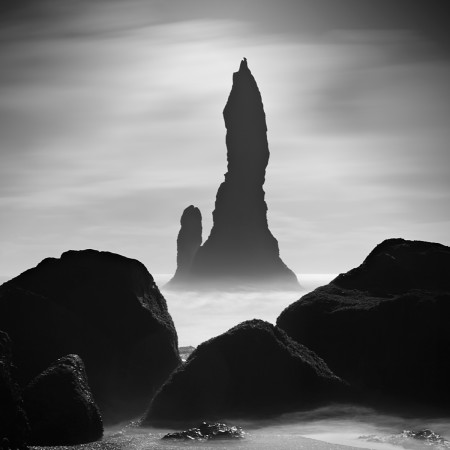 Which artist/photographer inspired your art?

It is very challenging to answer this question, so I will try to categorize them in three groups. 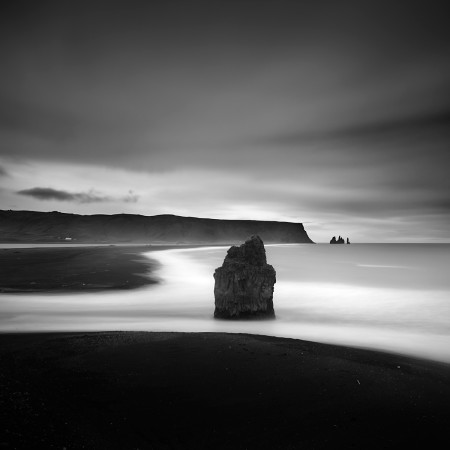 I think that every space has its story. Some are more glamorous and visible, some have mute appearance. I try to decipher this unvoiced state, especially in places where human presence is nearly inexistent. This can be considered as a technique for striping the reality to its simplest form. I try to see movement in its most inert form. Thus simplicity is the core of my artistic conception.

As my character also is calm, I can have sufficient patience for seeking the good object to be photographed, and for waiting the good moment. I like lonely ballads in the country side, in distant areas, abandoned industrial facilities or sea sides. Because I need some equipment (camera, tripod, lenses and ND filters) for my long exposure shots, I have to know a little where and when I will do it. My method of founding out the object is in parallel with the style I reflect it as image. It also depends of luminosity, the weather the sky and the overall scene. Due to the weather and light conditions, it’s not rare to go to the same place in consecutive days. 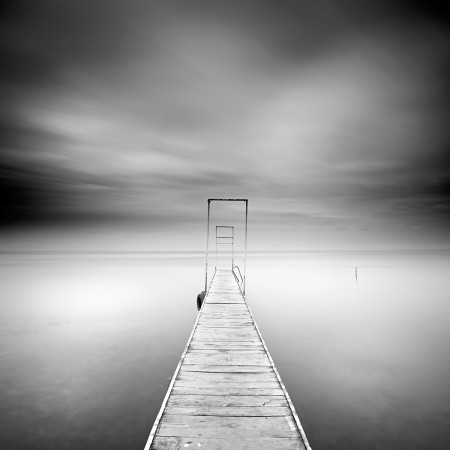 Which places have been your favorite shooting sites so far and why?

The world is still too big for photographic discoveries, though we have all information in our hands. No virtual experience can replace of course the concrete physical contact, including the human touch. I cannot easily distinguish places as my preferred spaces, but I have a few targeted locations that cope best, as I guess, with my photographic conception. The number one of these places is the Uyuni Desert in Bolivia, one of the most arid places on earth. In fact this is the greatest salt desert on earth, practically white and plate landscape where nothing seems to move. It is one of the most curious phenomena to which I pay attention as a photographer. Uyuni Desert provokes my enthusiasm for taking photos of endlessness and absolute tranquility, as if it was on another planet. I should also add Iceland (in winter), Japan, the United Kingdom and Greenland. I should add to such specific places a dream of myself, which probably will never come true: Landing on the surface covered with a weakly dense atmosphere of Mars! There, I am sure that I will discover the most abandoned if not desolate place I have ever been, the absolute flatness, immobility, noiselessness, where nothing seems to move, nothing polluted by human presence. But, that’s the paradox: Even though I prefer empty places without humans for taking photos, every shut of myself connotes, sometimes ironically sometimes dramatically, a latent human existence. I can even say that the main quest in my photography is not the search for the virtue of human absence, but its presence through a negative plane, an inverted visual logic. On Mars or another planet such an ironic latency will not exist. Nevertheless, I would be there. Especially before the human invasion comes! 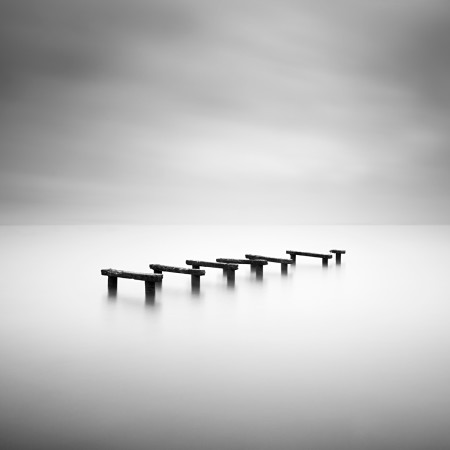 Photographs with such long exposure make the world look really desolate and lonely. Why have you chosen to present your works in such a form?

I think such a perception of loneliness and immobility is so much negatively conceptualized that they seem to us categorically refutable. Yet I am convinced that we, as moderns, need to create temporal suspension and spatial inertia (qualities which suffocate us today’s speed and performance-obsessed world) to find out moments of thinking. Thinking not on ephemeral objects, relationships, ideas, but rather, on simple but crucial questions on the meaning of the life, the existence and the humanity. As I look today’s extremely hurried, violent, intolerant, unjust world, I reason that we need such mediation more than any time in history. The modern life is too much accelerated. It is flowing at a speed which often avoids us to catch moments of sensual concentration. In the global culture, we have certainly a plenty of cultural components in our hands, at the tip of our fingers more precisely, for expressing ourselves in everyday life as well as in arts. But they flow too quickly and they are seen in so much complex forms that we only enjoy contemplating them, or may be, to make of them an incessant jugglery on forms. I try to slow down this too-much hurried everyday life course with long exposure technique. Besides, objects I choose to focus on are also immobile things. All of these create a sense of timelessness in a world where time has a strategic importance.

As a photographer of remote places and abandoned spaces, I try to create or fix moments, where time is suspended out of that too much complex and fast world as brackets of serenity. I try to leave a considerable amount of space for the viewer to fill it with his or her interpretations. 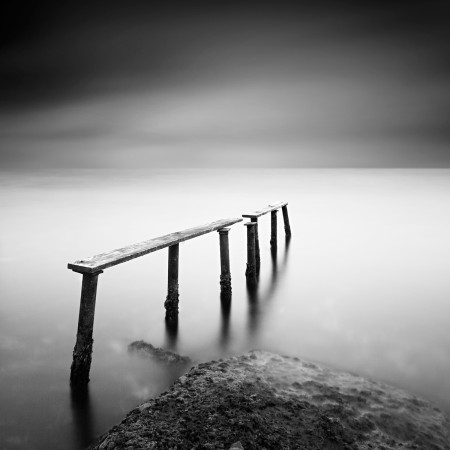 What do you do in your life besides photography? (hobby, other job, etc…)

In my “normal” life, I am a medical doctor and I work as an ENT (Ear-Nose-Throat) surgeon in a private hospital, in Istanbul. Beside this, I am a freelance translator. Till now, I translated approximately 15 books -most of them are children books- for Yapı Kredi Yayınları (YKY) which is a well-known publisher in Turkey. 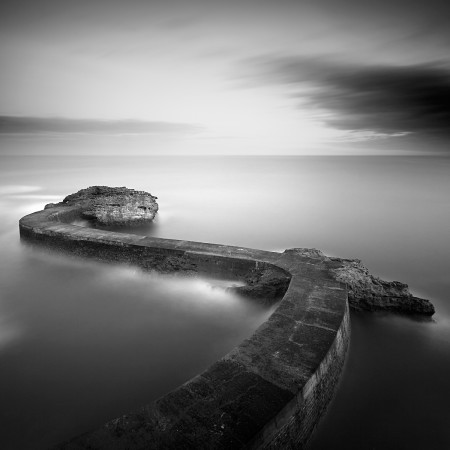 We consume too much and too rapidly things, ideas, relationships, values, styles. I desire to be immersed in the meticulous craft of describing simplicity. Until today I tried to create images of timeless moments, by using often immobile objects. I would like to keep my ambition to deepen my artistic and technical orientations in the same framework, but instead of taking pictures of immobility, I can try to catch the same inertia in mobile objects and in color photos. But first I should be sufficiently mature in black and white photos of static scenes for feeling myself able to extend this style on more challenging domains.