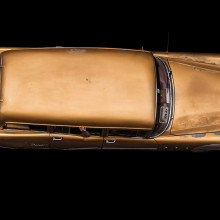 Thomas Meinicke (born 1977, Leipzig / Germany) is a photographer, specialized in photojournalism, street and portraits. In the early 90`s, inspired by Henri Cartier-Bresson, he started taking pictures of daily life scenes. During his studies (cultural- and media pedagogic), he become more and more focussed in photography. After the final exam („Aesthetic criteria of contemporary photography“) he decided to work as a freelancer (2004). Currently he is producing for newspapers, magazines, cultural institutions and companies. However, Thomas also realizes own projects worldwide. He is interested in daily life, urban changes and people generally. With photography he tries to create special views or shows moments, which the observer may can`t see or don´t realize.