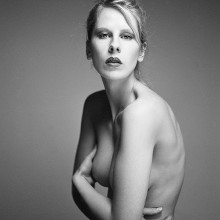 Dariusz Wychowałek was born on July 2nd 1962 in Wrocław – a city in south-western Poland where he has spent most of his adult life. Straight after finishing high school he decided to begin studies in Philosophy at the University of Wrocław. Luckily for him and his future business, his application was rejected, making him to move to the Economics University, of which he graduated with masters degree.
Dariusz lives in Chrzastawa Wielka, close to Wrocław with his wife Barbara and daughter Melania, spending his free time playing harmonica, reading, listening to music and audiobooks and wandering around in the forest, admiring the peace and harmony away from the city. His adult son Kuba lives in Wrocław too.
Dariusz began to photograph in his adult years, yet still in the era of analog photography, having fun from capturing moments of his family life and travels. Nevertheless, his real passion started with the rise of digital photography. Starting with joyful compact digital cameras he moved to his first DSLR – Pentax – brand to which he was loyal until turning to Nikon system, which he continues to use. Couple of years ago he returned to the traditional photography, building his skills step by step and consequently developing his own style using cameras like Bronica and Kiev. Currently he’s eagerly experimenting with large format cameras, encouraged by his friend and mentor – Gregor Laubsh.
It has to be mentioned that meeting Gregor Laubsch in early 2008 has given Dariusz new perspective on portrait photography and continuing friendship. Therefore, Dariusz is still engaged in Greg’s workshops as an assistant, still putting an effort to development of his own skills.
- Since 2010 Dariusz is a member of Fotoferia Club Poland and since 2012 of Photographic Society of America (PSA)
- He publishes his works at several web galleries, i.e. ArtLimited.net, 500px.com, FotoFeria.pl.
- He lively participates in local and international photographic contests branded by PSA and FIAP, regularly getting acceptances to post-contest exhibitions