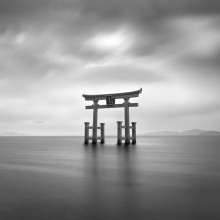 Violinist by profession, it was through his career in music that Sebastien Grebille got his start in
photography. Portraying the emotion, the technique and the power of great classical performers
became a necessity.
Little by little, he explored other areas to find those intense, lyrical, and dramatic moods. The
search for timeless and sometimes surreal places, where we find a power in nature; fairy-like,
wild, but also with traces of civilisation, became a priority. To stage these unusual views, he
uses a technique of long exposure: skies filled with dense clouds express themselves freely; the
sea appears milky…which suggests the vision of another world.
Phase one camera is used for most of pictures