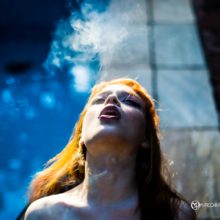 Marco Antonio Perna is an IT professional and Researcher, with a Master’s degree in Systems and Computing from IME-RJ, his work was about ”Image Compression”.
He began his career as a photographer by recording the II International Ballroom Dance Meeting in 1997 at the Hotel Glória (Rio de Janeiro), when he realized that just photographing did not meet his need to express himself. He saw the importance of documenting the events he photographed, and that was how photojournalism came into his life.
In 1997 he created the website dancadesalao.com (the Brazilian Ballroom Dance Agenda), where one of his activities was the photographic coverage of ballroom dance events. It was a time when the internet as we know it today has taken its first steps. The photos were to leverage the advertisements of the portal dancadesalao.com, at that time the websites were still important and dancadesalao.com received about 1,000 hits per day. In times when few actually accessed the internet, that number was very good for an independent website.
Nowadays, with more than 20 years of career, he has also been an event photographer and photographic sessions in other dance modalities, such as: Belly dancing and Arabic Folklore, Jazz, Ballet, Gypsy Dance, Tribal, Flamenco etc. In addition to photo sessions, editorials etc, outside the dance.
He has articles on photography published on websites such as fotografia-dg.com and in magazines such as Digital Photographer Brazil 56. His photographs have already been published in the magazine Fotografe Melhor and in other diverse print or digital media. He participated in photographic competitions of photographic associations such as Photo Nature Brasil and the Brasília Photo Show Festival. In both competitions his photos received a silver medal.