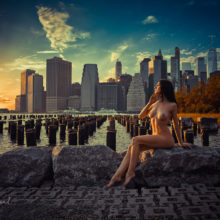 The photographer Kristian Liebrand, born in 1973, portrays women in a way that is expressive, artistic, and individual.

His works of fine nude art have received international recognition, and have been exhibited in many cities and countries.Numerous magazines, professional journals, and TV stations have reported on his work.