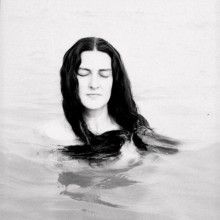 Harry Callahan (October 22, 1912 – March 15, 1999) was an American photographer. Born in Detroit, Michigan, he worked at Chrysler when he was a young man then left the company to study engineering at Michigan State University. However he eventually dropped out, returned to Chrysler and joined its camera club. Callahan began teaching himself photography in 1938. He formed a friendship with Todd Webb who was also destined to become a photographer.[2] A talk given by Ansel Adams in 1941 inspired him to take his work seriously. In 1941, Callahan and Webb visited Rocky Mountain State Park but didn't return with any photographs.[2] In 1946 he was invited to teach photography at the Institute of Design in Chicago by László Moholy-Nagy. He moved to Rhode Island in 1961 to establish a photography program at the Rhode Island School of Design, teaching there until his retirement in 1977. For thirty years Callahan has photographed his wife and child, the streets of the cities in which he has lived, and details of the pastoral landscapes into which he has periodically escaped materials so close at hand, so universally and obviously accessible, that one might have supposed that a dedicated photographer could exhaust their potential in a fraction of that time.