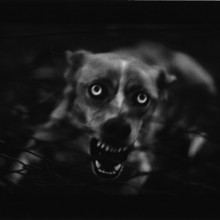 His work is in the collection of Museum of Fine Arts Houston, The New Art Gallery Walsall, Uk Kiyosato Museum of Photographic Arts and Portland Art Museum, Usa.

“The Animals”, his first monograph, was published by Dewi Lewis Publishing in 2008.

In 2012, he was commissioned by The Photographers’Gallery to do a project on London that will be shown there from the 27th February - 27th April 2014.