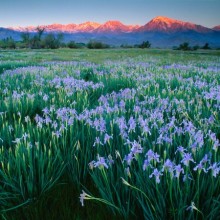 Galen attributed his early exposure to wilderness as the catalyst for his adventurous career of travels to the seven continents and both poles. Annual High Sierra pack trips with his family from the age of 10 led to roped climbs in Yosemite at 16 and more than 100 first ascents by the time he was 30.

In 1973, less than a year after selling his small automotive business, he landed his first major magazine assignment—a cover story for National Geographic. Further assignments and more than 40 international expeditions have taken him to into the mountains of Africa, Antarctica, Canada, China, Europe, Greenland, India, Nepal, New Zealand, Pakistan, Patagonia, Peru, and Tibet.

As a climber and frequent leader of Himalayan expeditions, Galen made the first ascents of technically difficult peaks, such as Cholatse, Great Trango Tower, and Lukpilla Brakk, as well as attempting new routes up K2 and Mount Everest. He was also the first to make one-day ascents of Mount McKinley and Mount Kilimanjaro as well as to traverse the Karakoram Himalaya in winter—285 miles across northern Pakistan most of the way to Afghanistan. Until the time of his death at age 61, he had continued to climb new routes in the High Sierra and was the oldest person to have climbed the face of Yosemite’s El Capitan in a single day. At 54, he won his age group in an ultra-marathon trail run with 8,500 feet of elevation gain, and had stayed in shape with equally long “fun runs” into the Sierra wilderness, where formal competitions aren’t allowed.