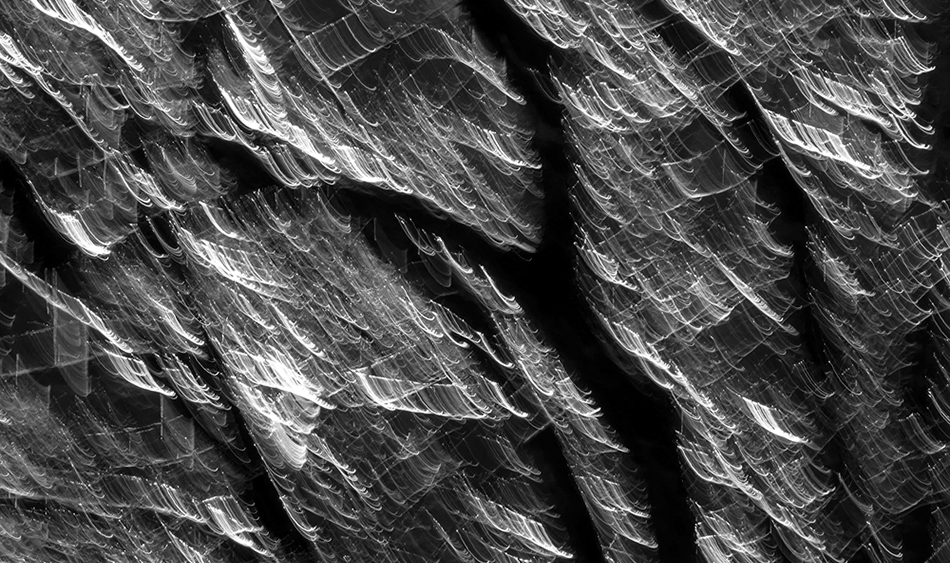 My name is Ludmila Espiaube. Born in Sumgait, industrial city of Azerbaijan, ex-republic of former Soviet Union, I studied applied mathematics in Moscow. With my master’s degree in hand, I went back to Azerbaijan where I worked during 7 years in the centre of statistics of Baku, the capital of Azerbaijan.
Since September 1986 I’m living in Lyon, France. 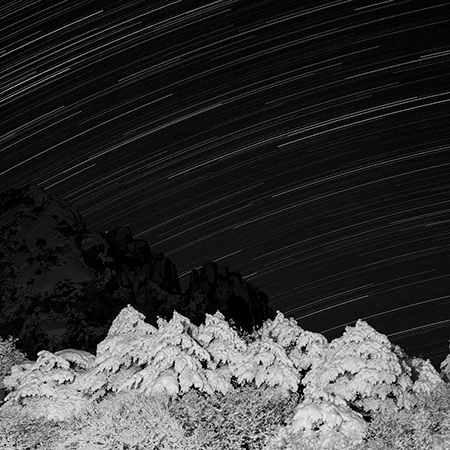 I was always enthralled by images and fascinated by Nature which surrounds us. I used to collect pictures, postcards and stamps of landscapes, fauna and flora in my teens. But I have never seen a camera close. It was a privilege reserved to some happy few and to the official portraitists in my country. Living behind the Iron Curtain I dreamt of seeing the world, to travel. On my arrival in France at the end of 1986 I took possession of my husband’s Canon EF camera and shot every place he made me discover. Everything was new to me: people, architecture, landscapes… Souvenir snap shots, some for me but many of them were sent to my family and to my friends who have never gone out of Soviet Union. Shortly after, the professional obligations of my husband brought us to another world’s end, Australia. To share my discoveries, my emotions and my wonder photography was obvious of itself. It was a triggering moment for my interest in photography.
While visiting such peculiar countries like Australia, New Zealand, Japan etc. taking photos goes without saying. At the beginning I contented myself with «been there, done that» pictures. However, very quickly it was not enough for me anymore. I wanted to sublimate the instants I lived and to share them. My encounter with a Singaporean architect, passionate about photography, moved deeply my vision and my photographic habits. We visited the same places in New Zealand and Australia in similar climatic and seasonal conditions but our pictures were so different. Under the influence of his enthusiasm, my interest for photography became a passion. 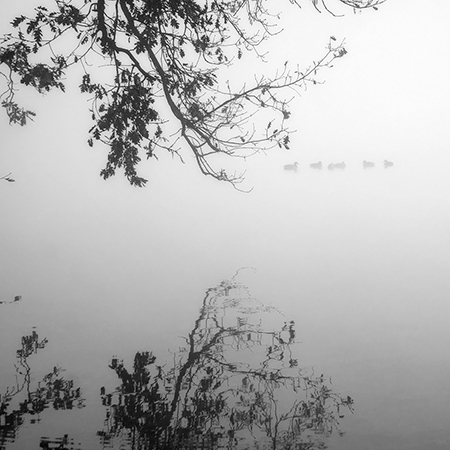 Not really. I’m a self-made photographer. The specialized magazines, the books of the great American photographers, exhibitions, conferences, practice… everything was good to acquire the necessary skills to form and refine my vision.
Purely documentary photography does not interest me. What I aim for in my compositions is an aestheticism, a harmony, a certain style which reflects my interpretation of an atmosphere, my personal, therefore subjective, outlook on beauty and elegance, which is strongly influenced by ancient arts of engravings and calligraphy. 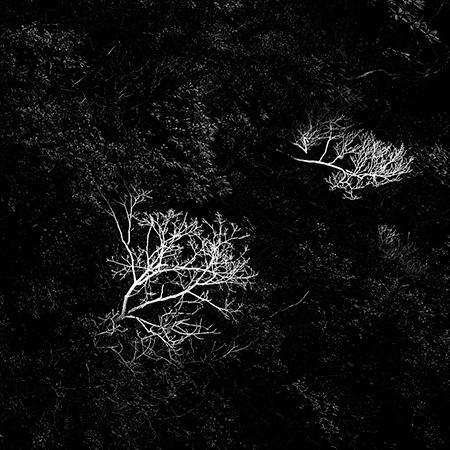 Which artist/photographer inspired your art?

At the beginning, in film era, I was influenced by American photographers: Jim Brandenburg, Franz Lanting, Art Wolf, John Shaw, Galen Rowell. With digital revolution many young and talented photographers succeeded to make their name in wildlife photography. I would particularly like to mention the French photographer Vincent Munier, triple winner of Wildlife Photographer of the Year contest. Much later, when I switched to a Black & White photography, I discovered the work of Ansel Adams, Helmut Newton, Man Ray, Michael Kenna, Hakan Strand, Wang Wucheng and Lang Jingshan.

My domain of predilection is Nature. More often than not, I go out on a whim, preferably when there is some fog or when it is snowing. I love bad weather when Nature rages in all her splendor and power. I seldom have a precise idea of what I’ll photograph. Often it is just a desire to be outside and then I’m looking for something that inspires me, I test new techniques. But the preparation takes me much more time when I plan traveling to another countries. 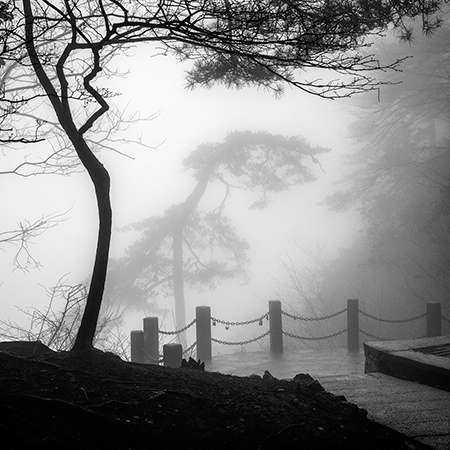 Could you please tell us something about your technique and creating process?

I always photograph in RAW format. I prefer to spend more time on PC adjusting my images than let the camera decide how my shot should be processed. Generally I set the aperture priority and ISO no higher than 200. I always carry my Gitzo carbon tripod with me, but usually I photograph handheld if there is enough ambient light. It gives me more freedom and reactivity. My camera is set to RVB mode, so my RAW files are in color. I use Adobe Bridge to classify and select images and Camera Raw to apply almost all adjustments. In Photoshop CS I clean the dust spots, convert it in B&W using the B&W conversion or Silver Efex Pro 2 plug-in. From time to time I play with Photoshop filters to manipulate my images digitally just for fun. 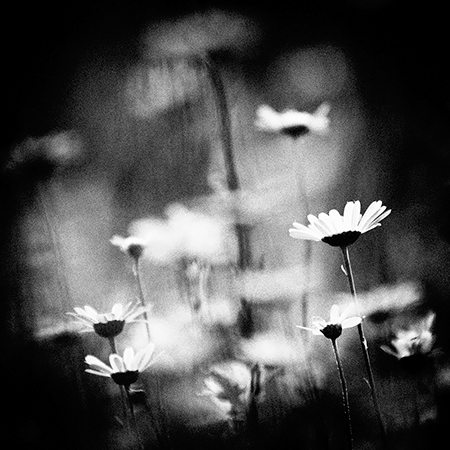 What do you do in your life besides photography?

I enjoy gardening and taking care of my family and of my home. 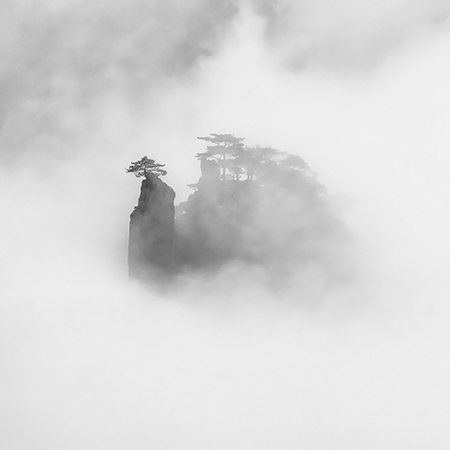 I continue to complete my existent portfolios and at the same time I’m learning some old photographic techniques to be able to combine them with my digital pictures. I do hope to go back to China and Japan, because these countries inspire me and their art fascinate me. I have an exhibition scheduled in Italy in September 2015 and I also have in mind a project of a book, but I prefer not to speak about it yet.

One Response to “Ludmila Espiaube”